← more from
Meudiademorte Records
Get fresh music recommendations delivered to your inbox every Friday. 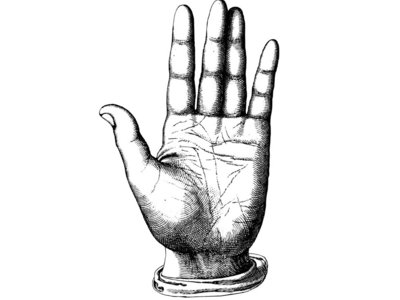 While the production of “bohemian drips’“ latest release – “Iván Paz’ Visions of Space“ [BD007] – was dedicated to the exploration of virtual space in a physical context, the label’s next “binaural“ in-house production reaches out to new recording ethics.

“Die Milchstrasse Flockt“ [BD008] marks a turning point in the label’s history, as a group of Berlin based artists got together only for this record: The quintet consisted of Ruth-Maria Adam, Alexander P. Jovanovic, Inox Kapell, Josefine Lukschy and Alexander Meurer. They have no collective history or collaborative background – the group was only set to drive out to “Schloss Freudenberg“, a looming Chateau built in 1905, with a truckload of instruments. Their aim was to embrace the possibilities of the space, its historic collection of rare and strange instruments and its acoustics. Formed organically through the time spent in the castle, the album turned out to be an obscure yet beautiful assemblage of strange noises and sounds, staged and amplified through the space itself and the perspective of a “KU-100“ dummy-head microphone. All music was created with a wide range of acoustic instruments and unique sound devices, captured in binaural “Kunstkopf Stereofonie“. Thus, listening to this record with headphones will relocate you directly to the actual recording scenario.

“Die Milchstrasse Flockt” expanded the possibilities of spacial arrangement during the recording process, resulting in unique soundscapes that might be considered “Non-Music”. The LP takes you back to early electronic music, such as Ash-Ra Temple or Klaus Röder’s “Kristallationen“, despite the fact only acoustic instruments were being used: Side A starts off with playful twists and turns, kraut à la “Cluster“ or “Popol Vuh“, and lets you travel through trippy improvisation into soft-psychedelic landscapes, micro-sounds and unconventional sound-art experiments.

The A-Side exhausts the possibilities of the castle’s expansive collection of historical instruments such as one of the few “cristal baschets“ worldwide, “singing drums“ or Professor Klaus Fessmann’s „Klangsteine“, and bends the ideas of musical structure. Side B is based on the massive array of gongs of different sizes and materials from the castle’s private collection and can be described as classic drone, with a swerve into primitive music: This facet can be attributed to Ruth-Maria Adam’s anti-classical use of the violin and the recorder combined with Inox-Kapell’s remarkable understanding of the castle’s gong collection’s sonic potential.

The key to this album is capturing the first meeting of five musicians, who all come from very different musical backgrounds. This created a fresh and unbiased scenario for sonic exploration within the unique space of “Schloss Freudenberg“. A scenario prefaced by its transformation in the 1980’s, described by Hugo Kükelhaus as a “field of experience towards the unfurling of the senses and thoughts“.

The path to “Schloss Freudenberg“ is unexpectedly modest; patchy asphalt is bordered by wooden stakes and exposed wiring. Narrow wooden plank stairs rest on what were once steps, stretching almost across the entire width of the building, but are now covered with tar sheeting. The neo-classical facade includes a single shutter and a boarded up window. The walls expose layers of pink, pale green, and gray paint. Uneven parquet floors creak underfoot. As well as thoughtfully designed “imperfection“ to awaken the senses, visitors to “Schloss Freudenberg“ can enjoy different “experience stations“ spread out over its contorted halls, rooms and its large outdoor area, where you’ll also find an “Aeolian Harp“, gently caressed by the wind.

In 1975 Hugo Kükelhaus began touring Germany with a caravan of circus tents and experience stations. After he passed away in 1984, his vision was kept alive by his students Matthias and Beatrice Schenk, who kept on touring and established “Schloss Freudenberg“ as the permanent home of his “experience field“ in 1993: The “Natur und Kunst Gemeinnütziger e.V.“ was born. When the “Nature and Art Society“ moved in, the building had stood empty for almost a decade and extensive repair work was required. This ongoing process of renovation is referred to as "healing through art and culture" and is a collaborative effort, like much of Schloss Freudenberg's initiatives, involving several individuals, and public and private organisations in the region.

We want to thank Matthias and Beatrice Schenk for their hospitality during our stay, as well as the entire crew of “Schloss Freudenberg“. We will never forget sitting in the castle’s kitchen with Lothar, who tried to guess our zodiac signs… unsuccessfully.

ships out within 14 days
8 remaining