← more from
Meudiademorte Records
Get fresh music recommendations delivered to your inbox every Friday.
We've updated our Terms of Use. You can review the changes here. 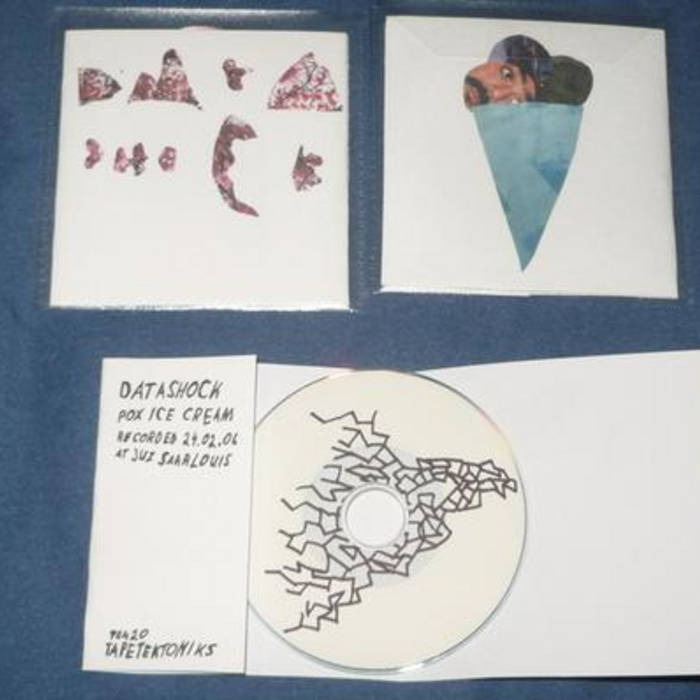 foxy digitalis
"Pox Ice Cream" is the latest from Saarlouis, Germanys free form collective Datashock who according to themselves play "Grusel Psych", a description that is quite fitting for their moody soundscapes. Datashock is centered around Meudiademorte label owner Pascal Hector who gathers fellow musicians around him to put out tons of music on various formats and oftentimes as split releases with friends and likeminded bands.

The 3" CD-R "Pox Ice Cream" on Hamburgs Tape Tektoniks label features two untitled tracks, both of which are quite different. The first one clocking in around ten minutes leaves any notion of time and space far behind. It?s one long piece of distant drones created with unidentifiable instruments that is seriously dislocating. The second shorter piece is sort of divided in three parts. The first part begins in an almost melodic fashion with dense drones being covered by percussion and reverbed vocal moans. Then it turns into an interplay of different instruments, background noises and more vocals while the third episode goes back to the beginning, but leaves the melodies behind and drifts off into space.