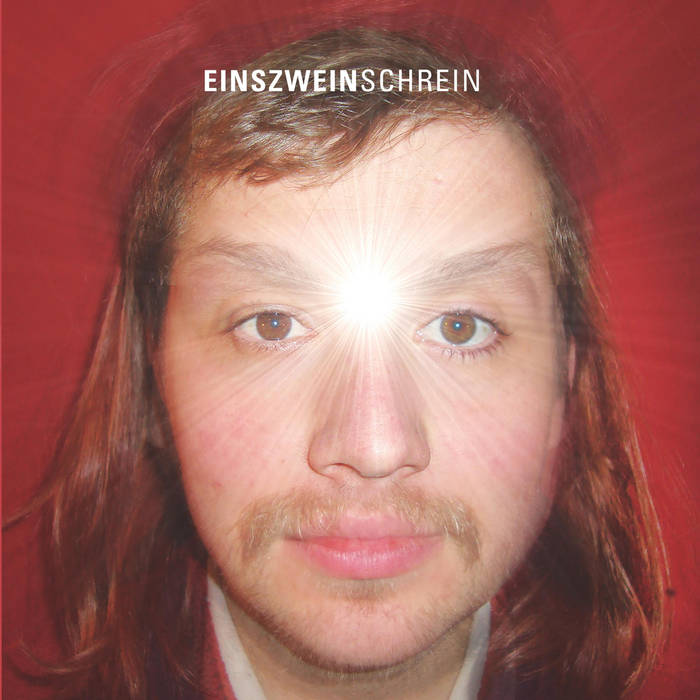 Is Ronnie choking a duck? No, it’s the squeaking sounds of his clarinet! Is Bastian infested with itching powder? No, he’s playing the drums! And what’s up with Ruth? – Her violin’s moaning like a cat in heat! The improvising trio of Schrein is blasting out some joyful Noise & (No-)Nonsense! Recorded in an abandoned warehouse on the outskirts of Berlin the music echoes the pioneering musical works of Dieter Roth or Jean Dubufett without just imitating goofy gestures and cheerfully sits next to contemporaries like Ghedalia Tazartes, Phil Minton or Limpe Fuchs.

After having released a small run of cassettes and CD-rs „EinsZweinSchrein“ is the trio’s debut release on vinyl. It’s a life-embracing statement, it’s experimental music in opposition to ossified musical orthodoxies: Fearless and funny, friendly and free.

Ruth-Maria Adam and Ronnie Oliveras are also performing and touring as Flamingo Creatures (sometimes together with the aforementioned Limpe Fuchs) and as a part of the psychedelic music collective Datashock. They are experienced players in a mostly invisible German Experimental Music Underground. Bastian Hagedorn also inherits a rich musical past and present by having played in electronic music outfits like Gtuk or Ben Butler & Mousepad and being a member of the underground Black Metal band Sun Worship.

Schrein is a radical departure from well-known musical pathways for all of its three members. Schrein is different. Listen to Schrein.

Recorded 2012 at Beiroy, Berlin.
Mixed and mastered by Bastian Hagedorn.