← more from
Meudiademorte Records
Get fresh music recommendations delivered to your inbox every Friday.

by Datashock, Black To Comm 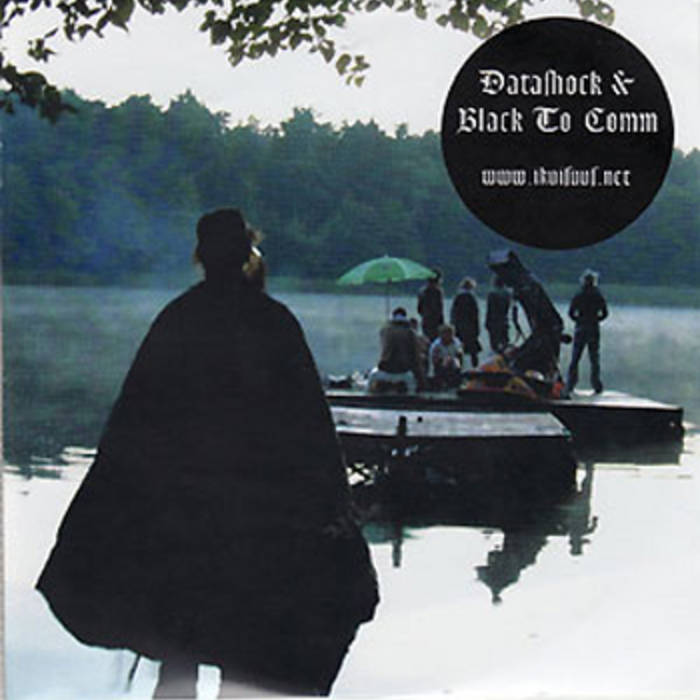 Weird Ear Records Heavy, psychedelic drone, nice recording for a live set, richly detailed as one would expect from a Black To Comm production


"Incredible, spooky-spiritual-drone masterpiece by the most hip German experimentalists Black to Comm (Mark Richter) and the free-noise group Datashock companied by new member Marcel Türkowsky. Here all together creating a flavor of blissen alien soundscapes, whirling on, changing and evolving all the time, generating hyperzonic tensions inside the crown-chakra so long that the eyes start to see pulsating flames inside and outside your imagination. Rich in Colour of sound and for sure not a restless headfuck, but a stony stoned psychedelic vibration of something spiritually exciting, something which reminds the outer inner worlds, and how close they are. The fog of the lake & the ghosts of the forgotten old new days. Recorded nearby Berlin's Goldmund festival in August 2007, in a place which used to be a summercamp for kids in the times of GDR the point which alone may cause the climbing in such a mystical level. Peaceful & strange at the same time."