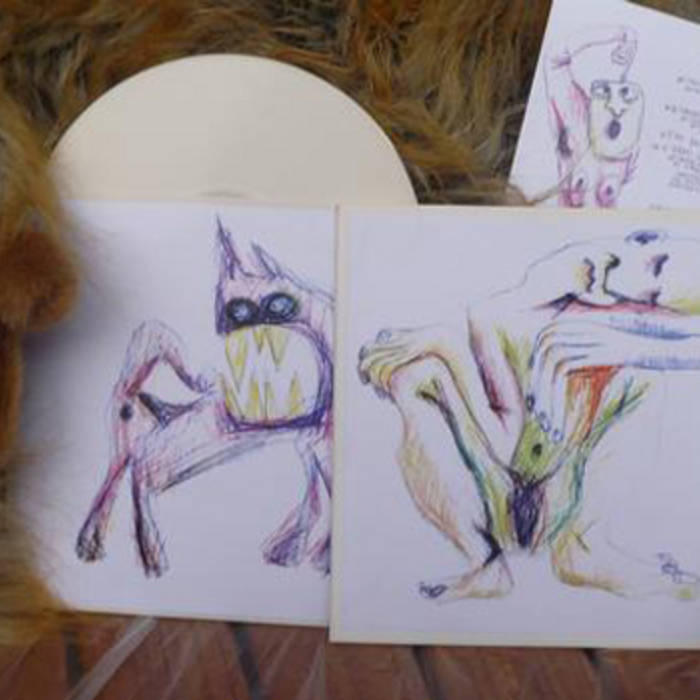 more deep hippy listening with the german freedom band. contains 2 psych jams from the vol iv session, a trio track from 2007 and an old folk intro from 2006. trundels along the immense stumbling road of fine german drug music and makes you believe that some ufos might be made of wood and mud. edition of 100, so its time to put down that pipe my friend, and listen to the little man inside your skull "go get it, numbnuts."

datashock is a psychedelic noise folk
collective from Saarlouis, Germany,
they have a rotating group of performers
making up the group at any one time,
including Pascal Hector, marcel türkowsky, ulf schütte,
ronnie oliveras, jan werner, martina ripplinger
and ruth maria adam to name some,

here we have a nice little four song release
called Acidulle out on Chocolate Monk,

Track one "Fruhling im mumintal"
was recorded in fall of 2006, it begins quietly,
a small plucking is introduced and the sound
of wind or air escaping from some where is
slowly released, the sound of chimes
or some rustling noises culminate at the finish,


track two "orangina rouge and vodka" is very
camouflaged and open feeling, its bare and white washed,
docile tones and quiet flute sounds can be
made out from the melodically gaping canvas of sound,
it is a hushed but large and engaging song,
this one was recorded in the winter of 2007,

this is an enjoyable collection of recordings
all the tracks where recorded at different times
and seasons through out 2006-2007, but it
doesn't make it unorganized or jumbled,
it does kinda play like a teaser or sampler,
its short and not as expansive as
some of there other releases,


the drawings where created by musician/artist
and datashocker Ruth-Maria Adam,